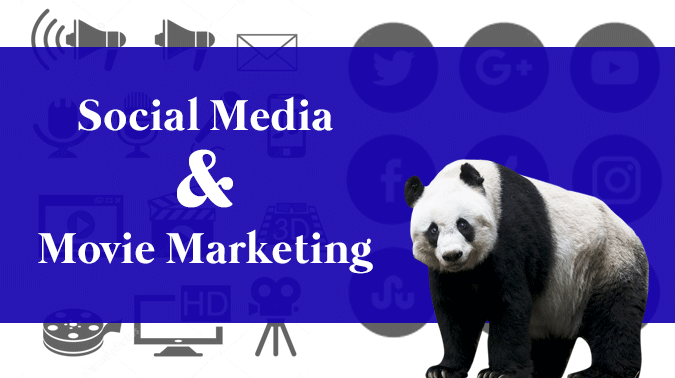 How Social Media Have Turned Up Movie Marketing?

Previously the release of films in theaters was promoted before their theatrical release and the mystery could be more easily kept around its directing and production. With the advent of social networks and new technologies, it is easier to know shooting anecdotes and this is used in the marketing of films to create the buzz before the release. But how to use social networks to best promote the release of future productions?

Marketing Films Before The Appearance Of Social Networks

Traditionally, the marketing of films has been done through a trailer, posters, and traditional media, be it television interviews or in the press. Street or guerilla marketing campaigns could also promote films and create a buzz around a film. But it was rarer and only certain films could benefit from it and profit from it.

A striking case is a buzz created from scratch around the release of the film “The Blair Witch Project” in 1999. The film shot as a documentary tells the story of 3 students wanting to investigate Blair’s witch. To create the buzz, the production says that this documentary was found a year after the disappearance of the “students”. In order to add more authenticity to this story, the co-director of the film created a website around the witch and her myth and for a time the research notices of the 3 “students” could be visible online. Of course, the “documentary” was only a film but this buzz raised around $ 250 million for an estimated budget of $ 25,000.

Such a buzz these days could not be created from scratch due to the ingenuity of Internet users in unearthing information. However, social networks and the entire digital ecosystem make it possible to make film marketing all the more innovative and to start promoting a film several months or even years before its release.

Today, films can be promoted even before the actors are on film sets. This is, for example, the case of Marvel where the film release schedule is already known until 2022 even if we do not necessarily know which superhero will be put forward.

But during filming, social media marketing can already begin, and that’s thanks to the fans. One of the best examples in the recent is the filming of the next Joker (played by Joaquin Phoenix) which is slated to hit theaters in October 2019. Photos from the New York shoot and of the actor as the Joker are flocking to Twitter and quickly creating some excitement. easy and reusable publicity by studios and the press to promote this event film which will not be released for another year.

This was particularly the case, last year, for the release of the remake of the film “it” where campaigns of hidden cameras with clowns were coupled with campaigns on social networks. In France, a Buzz kit was sent to influencers to promote the film before its release. This contained various elements linked and identifiable with the film and could, therefore, be relayed by these people and thus make people talk about the film before its release.

These innovative communication campaigns thus make it possible to reach a wider target but also to make future viewers intrigued by the film and thus involve them in these strategies. But it is important to be able to follow what is being said and to benefit from it.

How To Enjoy Social Chats Before And After The Movies Are Released?

Social media chats can be a great way to analyze the potential of a film before release but also the potential of a sequel after release. Social listening has indeed become a key issue in marketing strategy and is also in the film industry. An excellent example of the impact of these discussions is the release of the 1 st film “Fantastic Beasts”. Indeed, following the release of a trailer promoting the film, the company comScore recorded “62,000 new discussions” and placed it at the top of social conversations while the film was in direct competition with films from the Marvel franchise or Disney.

Social listening will also make it possible to know the opinion of the public in the film at different stages of its production:

Marketing teams can also take advantage of the influencer network to introduce the film to new targets and thus launch new social discussions. Here again, social listening will be important to find the most relevant influencer to promote the film.

Using listening tools will allow producers and distributors to know the expectations of the public before the release of films and to produce new content that will meet these demands.

How Social Media Marketing Can Help You To Grow Business?

How to Plan Social Media Marketing Strategy for your Business

How to Increase Instagram Followers without Paying for Ads?

Connect us on Social Media